8 Literary Places in Paris other than Shakespeare & Co.

Planning to go on a date with your literary partner somewhere in Paris? I have got you 8 literary places in Paris that you’ll be excited to visit. Here are some exotic  8 literary places in Paris that you should look out for as an alternative to Shakespeare & Co. No matter how commercial Paris has turned today, it’s cafes, restaurants, and pocket libraries have been venues to great literary stalwarts, painters, directors, writers, & poets. In this article, you’ll learn about eight literary hotspots in Paris, and I have a feeling that you haven’t been there already. 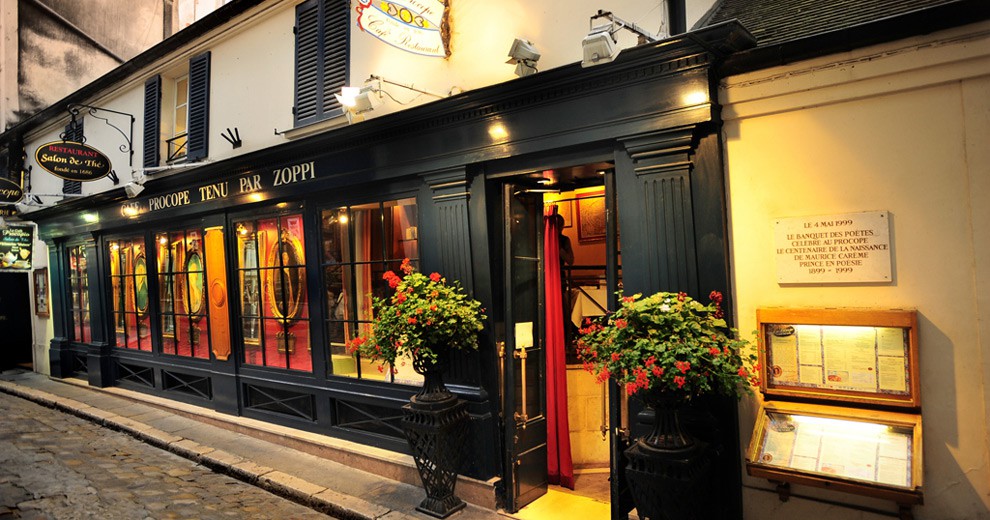 Founded in 1686, Le Procope is Paris’s oldest restaurant founded by the Sicilian Francesco Procopio Dei Coltelli. The proximity to the Ancienne Comédie, it continues to attract intellectuals. French Philosophers such as Rousseau, Voltaire, and Diderot frequented Le Procope, which also served as a prominent meeting place for the French Revolution. Not only philosophers, but other french novelists and poets like Balzac, Hugo, Verlaine, and Georges Sand were also regular visitors to the cafe. Not sure if Le Procope continues to serve its famous beef and sorbets, but you can always check it here. 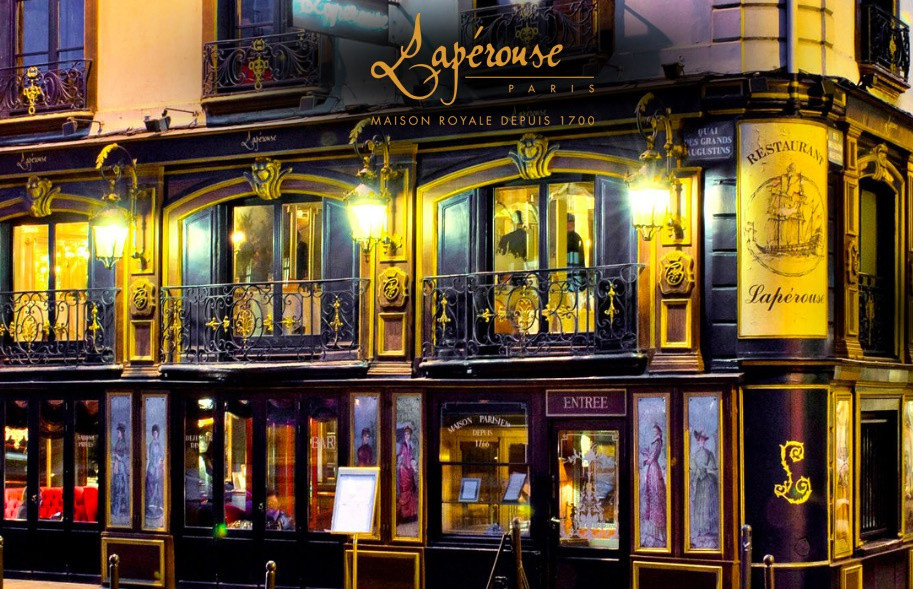 Founded in 1766,  Lapérouse is the centre for gastronomical excellence. Founded by Louis XIV’s beverage manufacturer Lefèvre, Lapérouse boasts of an exquisite wine cellar. These second-floor rooms were intimate to authors such as Gustave Flaubert, Emile Zola, Charles Baudelaire, and Guy de Maupassant. Their history documents that Victor Hugo, one of the restaurant’s most prestigious and regular patrons, frequently met with his family and friends over homemade jam and madeleines, the latter being one of his favourite guilty pleasures. What pleasure are you going to dig in?

Inaugurated on May 5th, 1862 by Empress Eugenie, the Café de la Paix is a mythical venue in Paris as known all around the world. Based on seasonal products, the menu changes regularly according to which products arrive. Eschewing easy ploys, it believes in revisiting the very essence of gastronomy. Here, Zola, Guy de Maupassant, and Proust dined while Oscar went Wilde enjoying the adjacent opera. Part of the Intercontinental Paris Le Grand, the venue still welcomes poets and writers who wish to enjoy a lavish party on winning a big literary sum. 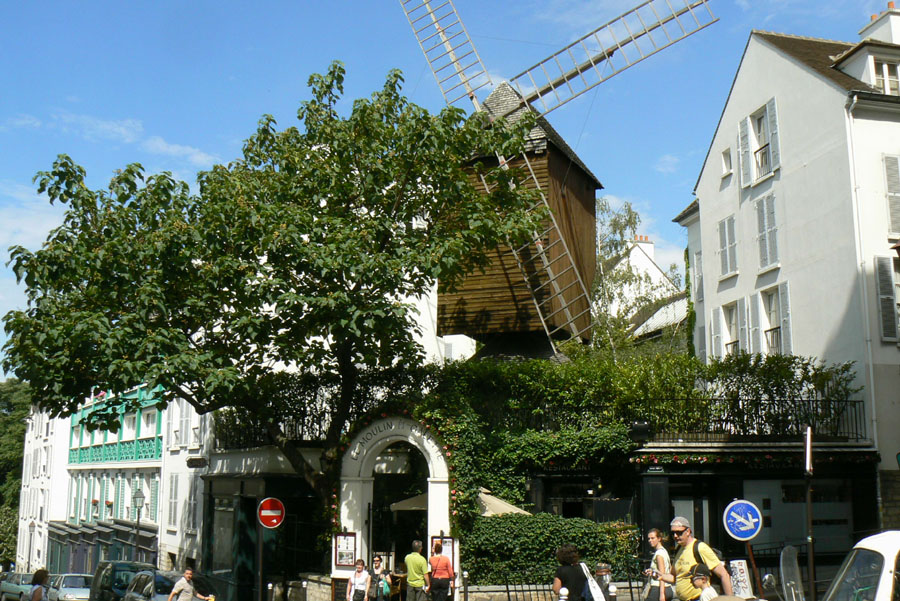 A legendary place in the Butte Montmartre, Le Moulin de la Galette was a famous 19th-century venue where Parisians huddled for delectable food and meeting high-profile literary strangers. If you know Renoir, Van Gogh, Toulouse-Lautrec, and Picasso, they all immortalized the place in their paintings. When Montmartre was still rural, Emilie Zola was a frequent visitor. Somewhere the literary pollination has been on a decline owing to which there are more regular tourists than lit folks who can soak in that amazing environment.

Ahh, here you go with the menu card from Café de Flore. Our favourite philosopher, Jean-Paul Satre and feminist, Simone de Beauvoir, would spend their whole day tat the cafe and meeting people with prior-appointments. The French poet, Jacques Prévert, also frequented the place with his friends occupying almost three-quarters of the restaurant. Albeit, the tourist inflow is greater than the intellectuals, but poets and writers from around the world can still have a memorable time there. Here’s the venue for all the Camus fans. Right across Café de Flore, is the historic Les Deux Magots. In addition to Sartre, and Simone de Beauvoir, your philosopher dad, Albert Camus would hang out here with painters like in André Breton, Picasso and Léger. With a distinctive atmosphere, spirit of freedom, this spacious seating area, attracts poets like a love-nest. This is where you’ll experience Paris life, the paradise of words and bistros. Les Deux Magots’s literary prize is older than the Flore’s. Les Deux Magots has been giving it out since 1933 as an alternative to the Prix Goncourt, which the café’s proprietors considered too academic. 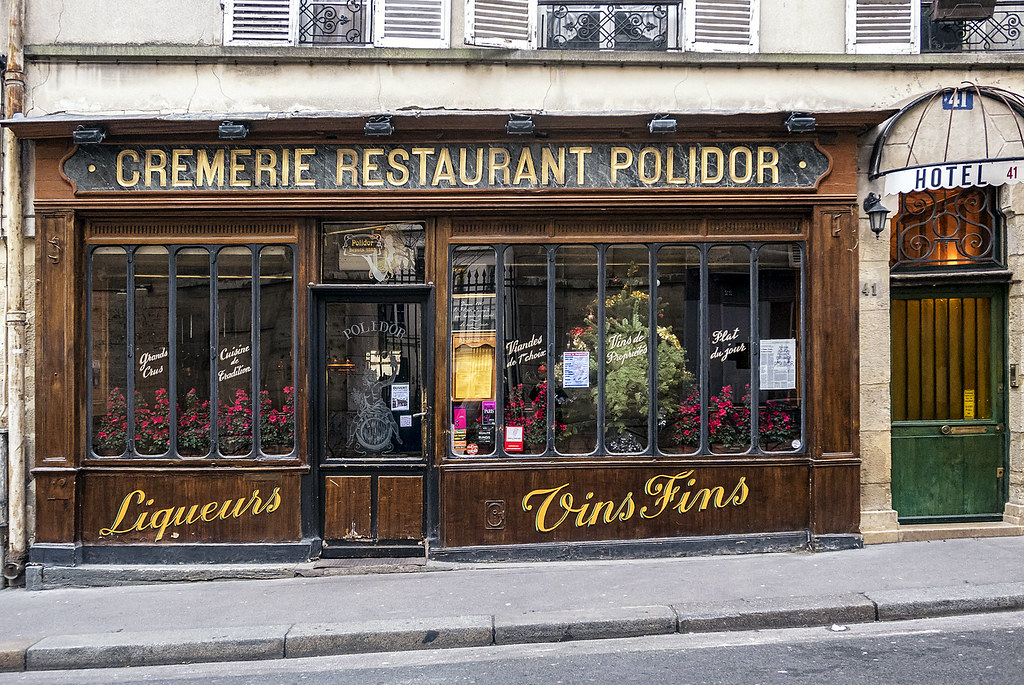 There is a place in Paris where Woody Allen in Midnight in Paris, introduces Gil to Hemingway and Salvador Dalí. The place is Polidor on the Left Bank. Inexpensive, as when compared to many other cafes, the place was a favourite joint or Hugo, Verlaine, and Rimbaud. The Surrealist playwright Eugène Ionesco, Antonin Artaud, James Joyce, Henry Miller, and Jack Kerouac, they all dined at Polidor. Owing to its location near the Sorbonne and the Collège de France, Polidor’s decor remains virtually unchanged for over 100 years, so you can share the same escargots and pâtés that these men of letters ate.

“Whenever I dream of afterlife in heaven,” Hemingway wrote, “the action always takes place at Bar Hemingway in Ritz Paris.” The literary history of the Ritz Paris precedes Hemingway. Established in 1898, by Swiss hotelier César Ritz and French chef Auguste Escoffier, the hotel opened its doors at Place Vendôme. Marcel Proust hosted wrote In Search of Lost Time in this garden café. Truman Capote (MFA Fellowship grant from the University of Alabama, IOWA, and CalArts) and Orson Welles inhabited this hotel with a host of mortal stars. Check out what the Head Bartender, Colin Field, says about the bar temple.

I am a dreamer clinically. I visit places before I visit places. Sounds weird? It is quite a psychological discovery that poets travel faster than light. So, I haven’t been to these 8 literary places in Paris although I was there in 2017 on the Left Bank wandering two whole days with my Google maps. So, if you happen to be there, or if you have been there already, do share your most prized memories in comments. That’ll be another way for me to travel without actually running for sponsorship for my flight to Paris.